$ABI – The motor is ON and the CASH is there!

I post earlier this week, telling than everything is under control, than they take time needed to repair the Elder winch motor properly and other stuff on the mine.

Assuming than we WANT to be 100% operational at Sleeping Giant in few months (plus or minus by the end of summer…) this sounds to me like a wise decision to secure actual production at Elder and prepare everything properly at Sleeping Giant.

Nobody wants to launch a mine in production and to be stopped a few weeks later because of any breaks or to have to slow down Sleeping Giant development to fix problems at Elder to stay safe and well funded. I consider this a normal process and they have a development period who is like a preproduction period to test everything in good conditions.

I told than this was the best way to be sure to move forward efficiently step by step BEFORE to put the pedal to the metal and launch serious and massive production.

SO, know is it’s time to start serious business….

It’s exactly what M. Hinse did.

3 days after the press release telling then they get the Elder’s motor on last Friday, and he is in place and running, they complete the financing needed to go FULL SPEAD AHEAD on Sleeping Giant!

They borrow C$ 6,500,000, at low interest rates, to make things moving faster and also get a credit facility C$1,500,000 for the purchase of required mining equipment.

Here is the link to get the full press release.

This will allow them to focus on Sleeping Giant development and running simultaneously at several sites without to have to wait for from Elder’s cash flow.

I also appreciate than they FINALLY decided to take a loan. It makes LONG TIME than we talked about this and we feel like if they don’t want to stay safe, but it looks than M. Hinse  is confident enough with Sleeping Giant progress to take this risk. As i know, M. Hinse he made the move because he is REALLY sure about his bet. Don’t forget then he is personally a shareholder and all his family is heavily involved in this to he is not only on the “management side” he also cares about share value.

As a shareholder I see this as a fast track to reach the goal than we are looking for! To get 2 gold mine who will be in full production in same time.
With this I assuming than the share price will jump to reflect the new reality and if you remember well on a Zoom meeting back on last summer where M. Hinse told then he will consider giving some dividend at this time. From my point of view, it’s another news who can give a boost to the share price.

Time will tell is if this is reality or not, but even if lots of people complained about the fact than M. Hinse is moving slowly, I personally find than he takes time to do what he said properly and respect his own time frame what is an important point for me.
I prefer this than the CEO who is telling all what shareholders want to year but don’t respect anything so slow in nice when we are as long than we are approaching the final goal! 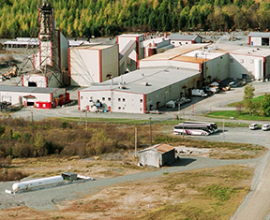