ANACONDA MINING ANNOUNCES A NON-BROKERED PRIVATE PLACEMENT FOR UP TO $5.51 MILLION TO ACCELERATE EXPLORATION GROWTH PROGRAMS 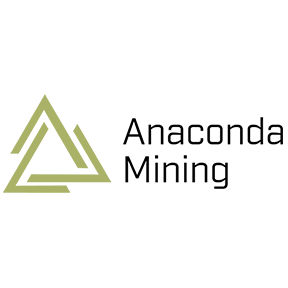 OT FOR DISTRIBUTION TO U.S. NEWSWIRE SERVICES OR FOR RELEASE, PUBLICATION, DISTRIBUTION OR DISSEMINATION DIRECTLY, OR INDIRECTLY, IN WHOLE OR IN PART, IN OR INTO THE UNITED STATES

TORONTO, ON / ACCESSWIRE / July 16, 2020 / Anaconda Mining Inc. (“Anaconda” or the “Company”) (TSX:ANX) (OTCQX:ANXGF) is pleased to announce a non-brokered private placement for aggregate proceeds of up to $5,510,000, consisting of up to 9,500,000 “flow-through” common shares of the Company (the “FT Shares”) at a price of $0.58 per FT Share (the “Offering”). Each FT Share will qualify as “flow-through shares” within the meaning of the Income Tax Act (Canada). As part of the Offering, the Company is pleased to welcome SSI Asset Management Ltd, an independent asset management firm with an emphasis on precious metals and mining, as a long-term shareholder of Anaconda.

“We are very excited to execute this financing which will allow Anaconda to accelerate its highly prospective exploration and diamond drill programs in Atlantic Canada. While we continue to generate free cash flow at record high Canadian gold prices, this strategic financing with new long-term institutional investors will allow us to confidently advance our key growth projects, including the highly prospective Tilt Cove Gold Project, the high-grade development Goldboro Gold Project, and other targets on trend from our fully-permitted and operating Pine Cove Mill and tailings facility at the Company’s Point Rousse Project in Newfoundland. The Company is now well-positioned to aggressively execute on its high-priority targets, which will contribute to the Company’s growth strategy and provide strong potential for increased shareholder value.”

Any securities to be issued under the Offering will be subject to a hold period of four months and a day from the closing date of the Offering in accordance with the rules and policies of the Toronto Stock Exchange (“TSX”), and applicable Canadian securities laws and such other further restrictions as may apply under foreign securities laws. The Offering remains subject to the approval of the TSX.

At Tilt Cove, this funding will allow accelerated potential for a discovery in this newly consolidated, highly prospective region in the Baie Verte Mining District, enabling immediate testing of the Company’s top priority drill targets. Tilt Cove covers a 20-kilometre strike extent of the Betts Cove Complex, a highly prospective geological terrane that includes the Nugget Pond Horizon, the same geological trend as the past producing, high-grade Nugget Pond Mine, which had an average recovered grade of 9.85 g/t gold. The high-grade targets at Tilt Cove are within trucking distance along paved roads to the operating Pine Cove Mill and tailings facility, fast-tracking the period from discovery to production.

At the Goldboro Gold Project, work on a definitive feasibility study continues to identify potential areas that may allow Anaconda to upgrade the mineral resource from the inferred category to the measured and indicated category, in addition to the ongoing 5,500 metre drill program, which would have an immediate impact on the economics of the study. The Company is also keen to follow-up on recent exploration work completed at the LSH project, located three kilometres south of the Goldboro Deposit, which has identified drill targets that indicate a similar geological setting to Goldboro. Exploration at LSH will target an anticlinal fold structure that commonly host gold deposits in Nova Scotia and sits parallel to the structure hosting the Goldboro Deposit.

At the Point Rousse Project, in light of the recent expansion of the Stog’er Tight deposit and the refinement of the exploration model, the Company has identified further opportunities to continue our history of discovery, development, and production.

This news release has been reviewed and approved by Paul McNeill, P. Geo., VP Exploration with Anaconda, a “Qualified Person,” under National Instrument 43-101 Standard for Disclosure for Mineral Projects.

This news release contains “forward-looking information” within the meaning of applicable Canadian and United States securities legislation. Generally, forward-looking information can be identified by the use of forward-looking terminology such as “plans,” “expects,” or “does not expect,” “is expected,” “budget,” “scheduled,” “estimates,” “forecasts,” “intends,” “anticipates,” or “does not anticipate,” or “believes” or variations of such words and phrases or state that certain actions, events or results “may,” “could,” “would,” “might,” or “will be taken,” “occur,” or “be achieved.” Forward-looking information is based on the opinions and estimates of management at the date the information is made, and is based on a number of assumptions and is subject to known and unknown risks, uncertainties and other factors that may cause the actual results, level of activity, performance or achievements of Anaconda to be materially different from those expressed or implied by such forward-looking information, including risks associated with the exploration, development and mining such as economic factors as they effect exploration, future commodity prices, changes in foreign exchange and interest rates, actual results of current production, development and exploration activities, government regulation, political or economic developments, environmental risks, permitting timelines, capital expenditures, operating or technical difficulties in connection with development activities, employee relations, the speculative nature of gold exploration and development, including the risks of diminishing quantities of grades of resources, contests over title to properties, and changes in project parameters as plans continue to be refined as well as those risk factors discussed in Anaconda’s annual information form for the year ended December 31, 2019, available on www.sedar.com. Although Anaconda has attempted to identify important factors that could cause actual results to differ materially from those contained in forward-looking information, there may be other factors that cause results not to be as anticipated, estimated or intended. There can be no assurance that such information will prove to be accurate, as actual results and future events could differ materially from those anticipated in such information. Accordingly, readers should not place undue reliance on forward-looking information. Anaconda does not undertake to update any forward-looking information, except in accordance with applicable securities laws.